Recently, Room 4 learnt about how to spot fallacies in an argument or text, etc. This was a really interesting task; I enjoyed looking at the different examples and then identifying which type of fallacy it had!

Today’s maths task was all about the different types of angles and triangles, too.

I found this pretty easy to understand.

Today for maths, we focused on finding the volume of shapes and of some 3D shapes, too. I found this task not too tricky since I have learnt volume before.

This is my maths task which is all about finding the area and circumference of a circle. I think this was my first time learning about pi, so it was a little bit tricky but I’ve gotten more used to it now!

Today, I’m finishing up my previous Te Reo tasks from rotations so expect a few other blog posts shortly after this :))

This task is all about where somebody is at, and I’ll edit this presentation later and add the create task!

Today, Room 4 worked on building up our class treaty!

We did this by all participating in very amusing challenges done in groups of four. My group consisted of me, Jacob, Kristopher, and Lynette! We had so much fun during all three tasks, but had to work together as a team as well!

Below are some images and descriptions of each of the challenges that we had to do.

I don’t have any pictures of the first task, but basically we had to create a bridge using paper! I think we ended up with a pretty decent-ish product, though! 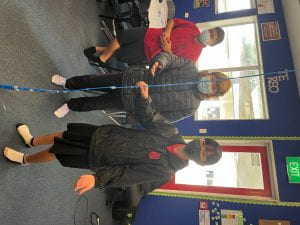 For the second challenge, we had to try and build the tallest tower out of the other teams! At first, we were going to create a flat base using a group of straws, but realised soon after that it would be tricky for the actual tower to stick to a wavy platform from the straws on the bottom.

So we switched to a vertical group of straws spread sort of evenly, and then we put some tape on the sides of the base and connected it to the desks for a more stronger base. However, later into the challenge, we ended up taping a group of straws together and then placed it inside of the tape, if that makes sense.

For the tower itself though, we cut two decent sized slits on one side of a straw, and then connected another straw to it by sliding it down the two slits, and then repeated the process again and again!

At the end, we did end up having the tallest tower that was so tall, it almost touched the ceiling! It wasn’t too stable though, so it ended up tipping over slowly once I let it go. It was still very fun, though !! 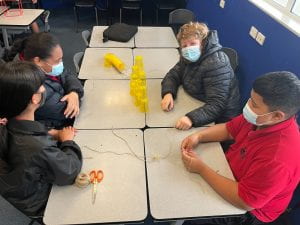 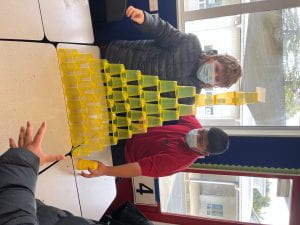 The last task we did was by far the most challenging, and definitely required a lot more communication with your teammates! We had to first tie four strings that were about 9 centimetres long onto a very stretchy rubber band, and then we each had to take one piece and pull to stretch the rubber band in order for us to grab a cup and then create a tower! And we weren’t allowed to touch the cups with our hands at all, too.

We managed to finish our tower second, but I then had to go off to a Prefects meeting so I wasn’t there for the rest of the challenge however, from the picture above, I have a feeling that they just tried seeing who could build the tallest tower!

This is my create task for the maths task about the area of shapes! I had to explain how to calculate the area of a triangle in a slide show, and this is the final product :))

This maths task is ll about calculating the area of different shapes!

The create task (which was creating a slide show explaining how to calculate the area of a triangle) will be posted after this :))

Yesterday for Literacy, we had to present our persuasive writing speeches that we have been putting together since about week one advertising any item from either our home or school!

I chose to advertise Dettol spray and below is my speech and poster that goes along with it :)) 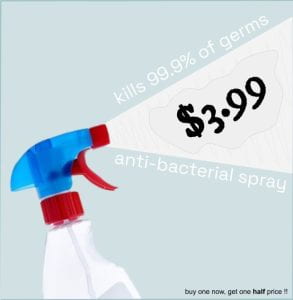 Have you ever noticed a stain on a surface and fought the urge to wipe it off but realised that just a wet wipe won’t do the job? Well, boy do I have the perfect item for you. Introducing the efficient Dettol anti-bacterial surface cleanser! Just one wipe and it kills 99.9% of germs!

It works wonders on food surfaces and there’s no need to rinse.
Buy one now and you’ll get another one half price!

So what are you waiting for? Run to your local supermarket now!

Currently, the Commonwealth Games are taking place in Birmingham, England and will be finishing today. So, for Literacy this morning, we had to do a bit of research on the multi-sport event.

Below is my finished presentation and I’ll be posting my create task for it soon after this :))