Currently, the Commonwealth Games are taking place in Birmingham, England and will be finishing today. So, for Literacy this morning, we had to do a bit of research on the multi-sport event.

Below is my finished presentation and I’ll be posting my create task for it soon after this :))

This morning during literacy, my class had to partner up with a buddy to try a surprise “local delicacy” (as Mr. Moran described it). I looked forward to it, but was also very nervous. Below is a short descriptive piece of writing based on what happened! :))

Usually when you get told that you’d be eating a local delicacy blindfolded as it would a surprise, you would think that you’d be munching on some sort of sweet treat with a gentle coat of sugar on top. Well that was what I convinced myself into believing, and I was totally wrong. My sweet fantasy would soon be disrupted by the citric acid coating on a small sphere that would be stinging my tongue like there was no tomorrow.

Because I couldn’t see it at first, the acid felt sort of spiky, and I almost thought that it would be some sort of insect’s head. It didn’t help that beforehand, Maria was gagging and saying stuff like, “Ew, it looks so weird!”

I first smelt it, but for me, it didn’t really have a scent at all. So when it was time to taste the treat, I was too nervous that I just took a small lick, but even so, it was still so incredibly sour that I most definitely was not going to eat the rest of it.

In the image attached below in this blog post is the final product of my before and after Mount Wellington Google Drawing! I’m really happy with the way it turned out.

The reason why I put a lake on the “before” side is because the Tāmaki River/Estuary would help travellers to get wherever they wanted to easily. So back then, having access to many parts of Aotearoa easily would’ve be extremely helpful.

As we all probably know, it is extremely important to take care of the Earth.
From the plants and forests, to the many bodies of water and unique creatures that accompany us on this very planet, we should all be doing as much as we can to keep the Earth healthy.

On Monday, BLAKE NZ-VR came to our school to teach each classroom in Team 5 more about the importance of marine life and the differences between unprotected parts of the water and protected parts using VR. There were many obvious changes, such as little to no seaweed, a few fish, and grey water.

So with that being said, everyone in Room 4 created a poster about protecting our oceans. We had to include 2 facts in it, readable yet fitting fonts, and 3 animals!

I’m really happy with the way my poster turned out! I used Google Drawing for the text and poster in general, and Photopea for the right side of the ocean’s colouring. I hope you like it! 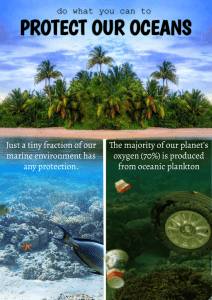 This week’s korero is R.E.S.P.E.C.T. Angelica and Kiarah designed this presentation like an acrostic poem.
My part was the together value. I hope you enjoy!!

Below are some of the recent korero’s that the other prefects and I (along with some of the house captains for the last and most recent korero) have put together so far. One of our korero’s (“Respond on Time”) was portrayed as a play, so it’s not included in this blog post.

This is my inquiry task for the day. Room 4 sat down today and watched a short 2 minute video
about/showing different bedrooms around the world where some children sleep.

Some of the bedrooms featured in the video were clean and nice, others weren’t so much.
So that’s what this task was all about. We had to select one child and their bedroom (I decided to select three)
and write a little bit about them and the area(s) they sleep, along with the similarities and differences of our bedroom compared to theirs.

In the end, we had a bonus task where we had to get images from online of our dream bedroom.
Although it was weird going from seeing how some kids slept in areas in horrible condition,
(which was very upsetting), to what our dream bedroom would be, this task was a little bit fun.

I hope that some of the children live and sleep in much better places now!!

For my inquiry task, I had to work on a workbook all about belonging and communities.
I hope you enjoy and please ignore how badly photo shopped my poster is, I didn’t really know
how else to display me with the community I most belonged to lol :))

Hi, everyone!
For our first extension session, we had to search up some whakatauki (proverbs) and their meaning in English.
We had to try and dig deeper into the meaning of a whakatauki of our choice from this slide deck.
I hope you enjoy :))