This is one of my maths tasks from around last week. My group and I had to choose a shape that we needed to recreate with pieces of paper, and then turn the shape into anything it reminded us of/looked like. I thought that my shape looked like a snail, so that’s what I turned it into!

I don’t know why, but I spent a lot of time perfecting it, so I hadn’t been able to blog it just yet.  Anyway, this is the final product! I was going to colour in the main part of the body, too, but decided not to. I’m pretty happy with the way it turned out! 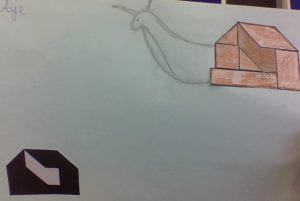 This is my maths task all about classifying polygons. It was a bit hard remembering some of the names of the polygons, and the amount of angles and sides there were, but we got there.

Last week while some of the year 8’s were off at camp, the others left in extension made some kindness movies.
Here is mine, Eva, and Tumanako’s movie. We really enjoyed making this, so we hope you enjoy :))

This is my writing task for literacy about a princess and an Ogre.
This is slightly based off of Beauty and The Beast, but also Snow White, too!

Bella’s charm did not go unnoticed by all of those around her. I mean after all, she wasn’t nicknamed ‘Beauty’ by many people in her kingdom for no reason. But of course, there would always be at least one person who would be jealous of her success and looks, and Bella’s step-mother was that person.

Grimhilde couldn’t believe that even after being crowned as the new queen, the spotlight still shone on Bella. What did the princess have, that she didn’t? Well after tonight, Queen Grimhilde would not have to worry about the young girl anymore, and you’ll soon see why. . .

“La la la la. . .” Beauty hummed, graciously making her way to a bridge nearby. She was going for a night stroll, promising her father that she’d be back home by ten to keep him from worrying about her safety. Little did she know, it might’ve been better for her to stay at home instead. . .

As the sound of water splashing and a crunch of leaves echoed underneath what should have been an empty bridge, Bella halted to a stop in her tracks, freezing. Slowly turning her body around, she found–much to her surprise–a short and dirty creature, with a thick long nose that was sprinkled with large warts.

He didn’t seem to appear a threat, until he dragged along a bat with spikes behind him. “Stupid little frogs,” he muttered under his breath. “Oh! Hello there, ma’am.” the Ogre greeted the princess before squinting his eyes. “You look awfully familiar. . . do I know you?”

“Well, I must be on my way now, Princess Bella,” the Ogre waved. “Have a great night.” Bella smiled, “You, too!” The Ogre cheekily grinned to himself as this was his first ever interaction with the princess. He had never gotten the chance to meet her personally, with the fear that she would judge him for the way he looked.

He happily continued his way to complete his mission assigned to him by the queen. Wait- my mission! The Ogre panicked. If he failed to complete the task given to him by Queen Grimhilde, well. . . let’s just say that things would get pretty ugly.

But what would he do now? He can’t just kidnap the princess after sharing a nice conversation with her! I mean, how rude would that be? And the princess was just too nice for him to even think about harming her.

“Um, princess!” the Ogre cried out after her, moving his stubby legs as fast as he could. Confused, Beauty turned around to face the Ogre once more. “Yes?”

She is so dreamy.

“Um, I-I-” the Ogre fumbled over his words, struggling to form a sentence. Bella cocked her head to the side slightly, her eyebrows scrunched together in confusion.

“Queen Grimhilde forced me to kidnap you because she is incredibly jealous of you, so she stumbled across this area a few days ago and-” the Ogre began rambling quickly, but was cut off by the princess with a simple question.

The Ogre took a deep breath in and this time, spoke at a normal pace. “Queen Grimhilde found me on this bridge a few days ago, and thought I looked scary enough to intimidate you. So she ordered me to kidnap you because she is very jealous of you.”

Beauty was shocked to the core. How could her own mother want such a thing to happen to her? She was disgusted, but glad that she was now aware of her step-mother’s true colours.

“Thank you for letting me know,” she managed to breath out. Bella pecked the Ogre on his cheek, which made his green skin, flush with a vibrant pink.

Bella knew exactly what she had left to do now.

This is the follow-up create task for the post I just made before this :))

I hope you enjoy! It’s pretty short, but I liked the way the astronaut PNG thing turned out.

This is my extraterrestrial life task for literacy :))
It is all about potential (undiscovered) life on other planets, and maybe even other galaxies!

For literacy, Room 1 had to write a narrative based on an image.
I chose a picture that I had found from the internet, and I thought it was really cool, and a ton of ideas popped into my head.

This is the image I chose: 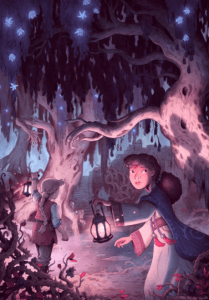 I ended up writing more than what I expected, and now I might just make blog posts separating this story by the chapters!! I hope you enjoy :))

𝟬𝟬𝟬. Azalea Marsh was as curious as a cat, yet as stealthy as a leopard.

However, she was also like an empty sea: mysterious, calm, quiet, and cool. So in retrospect, she should’ve expected her life to turn out the way that it did. Whenever she wasn’t scurrying around to look for something that she hadn’t discovered yet, Azalea would spend her days yearning for friends.

Tonight, Azalea planned to sneak out, and explore the depths of the Forbidden Forest–as she had heard most people call it–located right in front of The Royal Palace of Aurelia.

So at exactly 12 PM, that’s exactly what she would be doing.

𝟬𝟬𝟭. “Fifty-six, fifty-seven, fifty-eight,” Azalea counted down the seconds until midnight. “Fifty-nine. . . sixty!” Hurrying out of her small cottage and onto the empty footpath, she shoved the pocket watch into her pocket, lifting up the lamp in her other hand that shone a dim, purple light. A wave of exhaustion took over her, as she stopped in her tracks.

The Marsh girl had never been too skilled in running, especially when it came to long distances, but who was gonna stop her? Certainly not herself. She was too determined to prove to the world that she wasn’t just a silly girl in a silly world.

Azalea looked into the distance, and found that a purple glow was shining in the Forbidden Forest. She picked her pace back up to get a closer look, only to find that there were blue flowers glowing from up in the dirty tree, too! Her eyes were twinkling in excitement, as curiosity began to get the better of her.

She hurried closer, but had failed to see the rock in her pathway, which ended up with her falling down harshly. She winced in pain, lifting up her dress to reveal the fresh wound on her knee. Groaning in frustration, Azalea dusted herself off before kicking the rock out of her way. “Stupid rock,” she muttered.

By now, Azalea was only a few steps away from the Forbidden Forest, but she still needed to approach with much caution. She tip-toed slowly, but from in the corner of her eye, she swore that she had seen a figure run past.

Azie gasped softly from the slight jumpscare, dropping her only source of light in the process. She sighed deeply, kneeling down to pick up the handle. Just as she was about to stand back up, she was met with a blonde girl, who looked to be about her age.

This morning, Pt England School had our first assembly for the term, and we were introduced to the new inquiry theme. Our teachers preformed their acts, (or presented their movie to us), as a way of informing their team what they would be focusing on for the term. Examples: coding, navigation, etc.

My favourite act was most definitely Team Five’s. Unfortunately, none of the teachers from the Team Five space could take images of their performance since they were all on stage. I enjoyed the way that the characters’ personalities were realistic. And, of course, I enjoyed how Mrs. Illaoa’s character helped out her friend when she was struggling.

It’s very important to help out your friends with things you can help them with, when they’re in need. And for Mrs. Illaoa’s character, she could help out Miss Hall’s character out with controlling her robot- which leads us to what we will be focusing on this term: coding to make our sprites from Scratch–and maybe even some robots–do the appropriate actions that we coded them to do.

I’m very excited for this term, and I hope it’s full of amazing things in store for everybody.