This is my literacy task from a few days ago that I didn’t get to post yet, so here it is! I had to write a short narrative with the image shown below using just my imagination. This task was a bit hard as I slightly struggled to keep the story interesting, and I didn’t know where I was going with it, but it was quite fun, too.

The beginning in italic is the short bit that Mr Moran wrote to help us out a little bit! 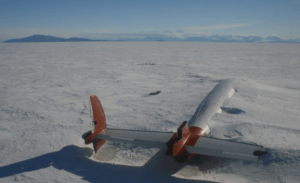 Startled, he thinks it’s a dream. Martin wakes up not knowing what has happened and where he is. The last thing he remembers is eating his plate of bacon and eggs in business class on the Emirates boeing 737, so you can only imagine how he felt when his plane had roughly landed in an isolated and unearthly location.

He felt somewhat relieved that his plane did not get destroyed in the process of crashing. He thought that he could maybe restart the engine and get out of this place, but.. he was wrong. The cockpit was buried nose deep into the thick snow and was iced over, and it didn’t help that the plane was extremely heavy on it’s own.

Martin was petrified; how was he going to get back home now? Chills ran down his spine as he shivered from the freezing cold weather. Oh, how he longed to be back in the comfort of his own home, sipping hot cocoa from a warm mug.

But there was no chance of that being able to happen if he were to spend even just another second standing still, wondering what his life had come to and if he was going to be able to get out of this situation.